Several months ago I walked through a small section of Balboa Park called Golden Hill Park.

Few tourists ever see this tranquil southeast corner of Balboa Park, but many who live on Golden Hill east of downtown San Diego enjoy recreating here. They play and exercise on the grass, eat at picnic benches, and gaze at vistas of the downtown skyline, Florida Canyon and the nearby Balboa Park Golf Course. They explore short hiking trails, enjoy palm trees and the shade of sprawling Moreton Bay fig trees, and jog or walk dogs around the small traffic loop.

The development of this part of Balboa Park began years before the Panama California Exposition of 1915. Probably the most notable sight, now a forgotten, seldom-visited ruin, is a unique “fountain grotto” at the edge of a small canyon. The Golden Hill Fountain Grotto–which long ago featured an actual working fountain–was designed in 1907 by Henry Lord Gay, who also designed the famous Western Metal Supply Building which is now a part of Petco Park. The rustic stone grotto was built in the Arts and Crafts architectural style.

One can still walk down the sweeping stone stairs to the old fountain at the center, and imagine the inhabitants of San Diego visiting the grotto over a century ago. Today, the ruin is visited by very few: the curious, local walkers, the homeless, and those who happen to drift on by. 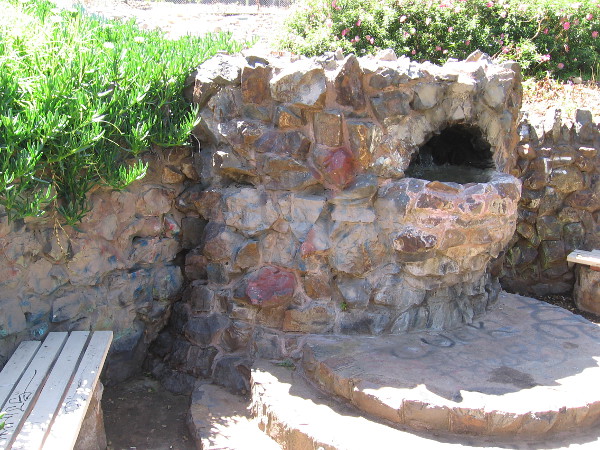 I live in downtown San Diego and love to walk! You can enjoy even more Cool San Diego Sights by following me on Facebook or Twitter! 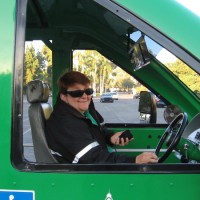 Downtown San Diego has been my home for many years. My online activities reflect my love for writing, blogging, walking and photography.